Stories and memorials representing those we are working hard to serve. 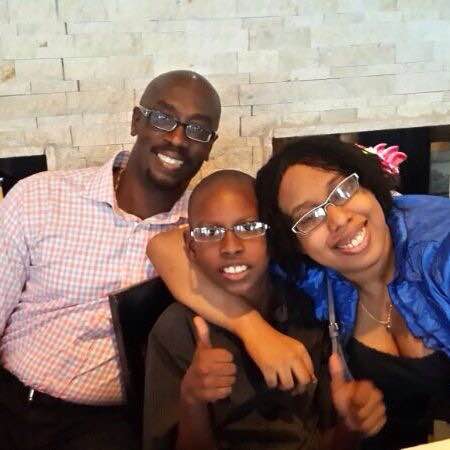 A week or two after his forty-seventh birthday in May 2014, Ed was diagnosed with Acute Myeloid Leukemia. Prior to this he exercised regularly and ate well. It came as a shock to many, especially since he ran a couple marathons in the last three years.

Ed was the Head of the Regulatory Dept, at the National Telecommunications Company and was well respected by the stakeholders in the industry for his stellar business acumen. He was loved and respected as a fair and understanding manager who empowered those, he worked with. Ed was also the father of two, a daughter now 21 and a son 10. He went all out for his children to give them experiences that would serve them well in life; vacations, dinners, science camps, educational trips etc. He was big on securing a future for them.

Ed started experiencing symptoms in April 2014. This included-excessive tiredness, muscle pain, tightness in the chest, shortness of breath, which graduated into night sweats.

It came as a shock to many, especially since he ran a couple marathons in the last three years.

Mr. Dunk of the Caribbean Bone Marrow Registry, agreed to send us kits, here in Trinidad, to get possible donors typed for Ed and the registry. The kits were sent and a marrow donor drive, conducted at his company. Mr. Dunk arranged to have the samples shipped to the US for testing.

Ed was sent to another hospital for a round of chemo. He developed an infection after the treatment and died on July 29th of complications. This experience has raised awareness around how little we know in the Caribbean about this disease and how desperately we need for bone marrow donors to come forward.